We are excited to have our next Honorary Girl With Glasses, Christianna Marks, who is The Girl With The Blue Bow!

“I’ve been wearing glasses since what seems like forever, but it was really when I started getting headaches for no reason that I found out that I needed them.  They say that the girl makes the glasses, the glasses don’t make the girl.  Ok, maybe they don’t actually say that, but you catch my drift.  That’s me down there, yes right below these words.  See? 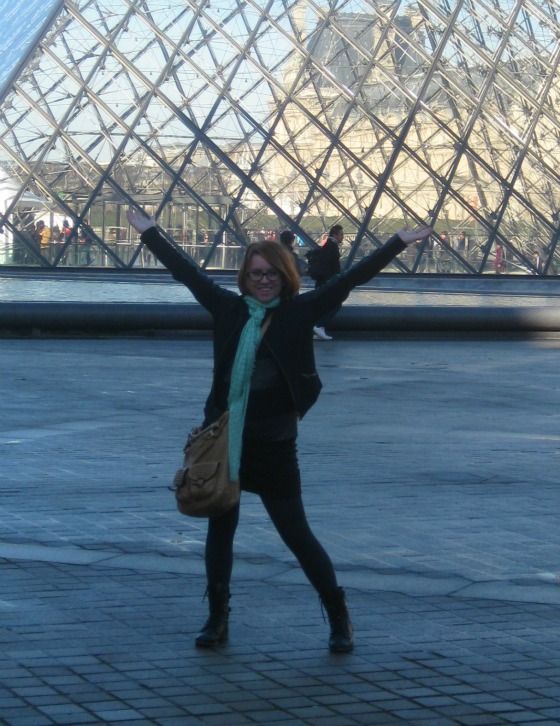 Yeah, that’s me.  My glasses and all.  Glasses, well and who I am have pushed me into becoming a writer.  Writers with glasses just happen to be really cool.  Books, writing and music have been the loves of my life for quite some time.  I’m actually writing my first Young Adult book and I run both a music blog (The Girl With The Blue Bow) and a book blog (The White Unicorn).  I also like colors a lot, as my blog names suggest.  I thought it would be fun to share a few of my favorite musicians who also wear glasses!  Cause after all they write the music which feeds our souls, or something like that… 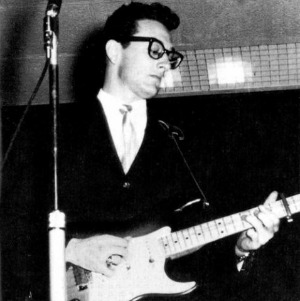 Buddy Holly.  Seriously, this guys voice is amazing and we lost him way to young.  Way to young.  Darn plane crash.  He was only 23 when he died and had a career in front of him.  But he lives on in our record players, CD players and MP3 players.  Best Known Tunes: “Everyday”, “Peggy Sue” and “That’ll Be the Day”. 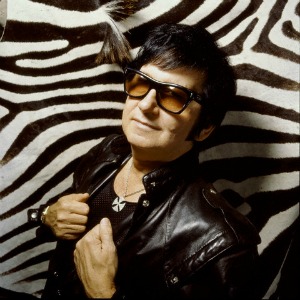 Roy Orbison.  Chances are you have heard this fellows tunes before.  He’s got some pretty popular ones under his belt.  He made some pretty big waves in the early 60’s.  Always wearing dark sunglasses, and singing really cool rhythms.  He was one of the cool guys.  Best Known Tunes: “Oh, Pretty Woman”, “Crying”, “Only The Lonely” and 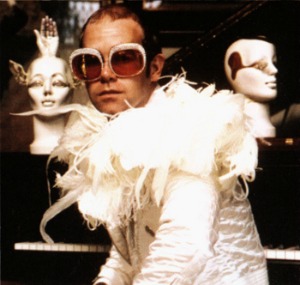 Elton John.  Elton has been at making wonderful music for years.  Starting with albums like “Tumbleweed Connection” (that no one seems to know about), to the albums that EVERYONE knows about.  Not only does he make his own music, he scores musicals, Disney movies and more.  He’s quirky, he’s got crazy amounts of talent and most of all he’s an inspiration to us all.  Or at least he’s one of mine!  Best Known Tunes: “Your Song”, “Tiny Dancer”, “Benny and the Jets”, “Rocket Man”, “Can You Feel The Love Tonight” and “Daniel”.  To name a few… 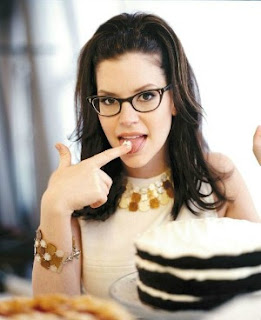 Lisa Loeb.  I think there was a time where we all wanted to be Lisa Loeb.  She just pulls off nerd cool, cooler than any of the rest of that.  And she writes some pretty awesome girl songs too.  I was in love with her song “Stay”, and still to this day, if it comes on the radio, I won’t switch the station.  Yes, I still listen to the radio!  Oh and I think she’s on tour right now…  Best Known Tunes: “Stay”, “No Fairy Tale”, “The 90’s” and “Weak Day”.
So there you have it.  Singers who are writers and writers that are singers and not a single set of two eyes in the building!”

Elton is such a great guy with glasses! Love this post.
x